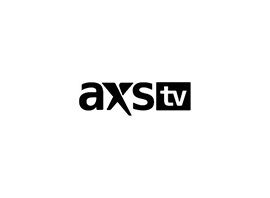 AXS TV (pronounced "access") is an American cable and satellite television network that is managed by majority owner Mark Cuban (through AXS TV, LLC)?which he founded as HDNet (through HDNet, LLC) in 2001 before it was rebranded as AXS TV in 2012?with a consortium of partners consisting of Anschutz Entertainment Group (AEG), Ryan Seacrest (through Ryan Seacrest Media), Creative Artists Agency and CBS Corporation. The network´s programming specializes in live music events, as well as comedy, movies and mixed martial arts, among others.

The network originally launched as HDNet on September 6, 2001, designed as a high definition-exclusive service under the ownership of HDNet, Inc., which then was co-owned by Dallas Mavericks owner Mark Cuban and Philip Garvin, owner of Colorado Studios and Mobile TV Group. In December 2001 and January 2002, HDNet aired exclusive HD coverage of the U.S. invasion of Afghanistan with former CNN correspondent Peter Arnett. In February 2002, the network originated eight daily hours of high definition content from the 2002 Winter Olympics in Salt Lake City. This feed was picked up by NBC and aired in 24-hour rotation on the digital signals of NBC´s stations.

The channel gradually expanded its carriage to satellite providers DirecTV and Dish Network, as well as cable providers Charter Communications, Insight Communications, Mediacom, Suddenlink Communications, Verizon FiOS and AT&T U-verse. On September 4, 2008, Cuban announced that the network reached an agreement with Comcast to carry both HDNet and HDNet Movies in various markets. The provider began to carry HDNet in many major markets on September 30, 2010. In November 2009, DirecTV became the first provider to offer video-on-demand services of HDNet and HDNet Movies.

The Big Interview with Dan Rather