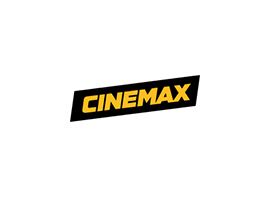 In 2001, Cinemax began to shift its focus from solely airing second-run feature films that were previously broadcast on sister channel HBO before their Cinemax debut, to premiering select blockbuster and lesser-known theatrical films before their initial broadcast on HBO. In February 2011, Cinemax announced that it would begin offering mainstream original programming (in the form of action-themed series aimed at men between the ages of 18 and 49) to compete with sister channel HBO, and rivals Showtime and Starz ? as well as due to competition from other movie services such as Netflix; these programs were also added in an effort to change the longstanding image of Cinemax as a channel mostly known for carrying softcore pornographic series and movies (although its adult programming continues to appear as part of the channel´s late night schedule).

MoreMax is a secondary channel with similar program content as Cinemax on a separate schedule; it also carries foreign, independent and arthouse films. The service broadcasts a featured movie every night at 9:00 p.m. Eastern Time. MoreMax was originally named "Cinemax 2" until 1998.

5StarMax showcases modern classics, featuring award-winning films and timeless movie classics. The channel broadcasts a featured classic every night at 9:00 p.m. Eastern Time. It is the only Cinemax channel that does not air Max After Dark content.

Cinemáx is a Spanish language simulcast of Cinemax (similar to HBO Latino, although without any programming differences), broadcasting Spanish-dubbed Hollywood films and original series. The channel originally launched on May 17, 2001 as @Max, targeted at young adults between the ages of 18 and 34 with programming focused on contemporary films, and movies with an exemplified attitude and unique ideas; under its current format, the channel was known as MaxLatino from June 1, 2013 to April 1, 2015, when it adopted its parent network´s branding (with the "a" utilizing an acute diacritic accent for pronunciation disambiguity).

MovieMax broadcasts films aimed at young adults between the ages of 18 and 34 years old (the format of the pre-relaunch @Max); it was previously formatted as a family-oriented service from June 2013 to January 2015. The channel originally launched on May 17, 2001 as WMax, which was targeted at a female audience, and featured dramas, mysteries and classic romance films.

Watch Cinemax from abroad with VPN