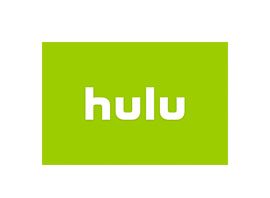 Hulu is an American online company and ad-supported online video service that offers a selection of TV shows, clips, movies, and more on the free Hulu.com service and the Hulu Plus subscription service. Hulu Plus subscribers can access episodes in HD (when available) from ABC, Fox, NBC, and the CW the day after they air, using Internet-connected TVs, smartphones, game consoles, set-top boxes, and other Internet-connected devices for $7.99 per month.

As of 2015 Hulu is offered only to users in Japan, and the United States and its overseas territories. Other regions are blocked by IP address location. Hulu provides video in Flash Video format, including many films and shows that are available in 288p, 360p, 480p, and in some cases, 720p. Hulu also provides web syndication services for other websites including AOL, Facebook, MSN, Myspace, XfinityTV, and Yahoo!.

The Hulu venture was announced in March 2007 with AOL, Comcast, Facebook, MSN, Myspace, and Yahoo! planned as "initial distribution partners". Jason Kilar was named the CEO in June 2007. The name Hulu was chosen in late August 2007, when the website went live, with an announcement only and no content. It invited users to leave their email addresses for the upcoming beta test. In October, Hulu began the private beta testing by invitation, and later allowed users to invite friends. Hulu launched for public access in the United States on March 12, 2008. The first product to launch was the HULU Syndication network, which was designed and developed by the NBCUniversal team from New York, on October 29, 2007, followed by the Hulu.com destinations site.

Hulu began an advertising campaign during NBC´s broadcast of Super Bowl XLIII with an initial ad starring Alec Baldwin titled "Alec in Huluwood". The ad intended to humorously reveal "the shocking secret behind Hulu", portraying the site as being an "evil plot to destroy the world" by suggesting that Baldwin is really an alien in disguise. Advertisements have since aired featuring Eliza Dushku, Seth MacFarlane, Denis Leary, and Will Arnett.

In 2007, Providence Equity Partners, the owner of Newport Television, became one of the earliest "outside" investors by purchasing a 10 percent stake in the company for US$100 million equity investment, before the company was known as "Hulu". With its investment came a seat on the board of directors, where Providence was said to act as an "independent voice on the board". In October 2012, Providence sold its 10 percent stake to "Hulu´s media owners" and ceased participation in the board.

Early in 2010, Hulu chief executive Jason Kilar said the service had made a profit in two quarters and that the company could top $100 million in revenue by summer 2010, more than its income for all of 2009. ComScore says monthly video streams reached 903 million in January 2010, over three times the figure for a year earlier, and second only to YouTube.

On August 16, 2010, a report revealed that Hulu was planning an Initial Public Offering (IPO) which could value the company at more than $2 billion.

On June 21, 2011, The Wall Street Journal reported that an "unsolicited offer" caused Hulu to begin "weighing whether to sell itself." On October 13, 2011 however, Hulu and its owners announced that they would not sell the company, as none of the bidders offered an amount that was satisfactory to its owners.

It was reported that in 2011, Hulu made $420 million. The figure was $80 million short of the predicted revenue.

In November 2009, Hulu also began to establish partnerships with record labels to host music videos and concert performances on the site, including EMI in November 2009, and Warner Music Group in December 2009.

In early March 2010, Viacom announced that it was pulling two of the website´s most popular shows, The Colbert Report and The Daily Show, off Hulu. The programs had been airing on Hulu since late 2008. A spokesman for Viacom noted that "in the current economic model, there is not that much in it for us to continue at this time. If they can get to the point where the monetization model is better, then we may go back." In February 2011, both shows were made available for streaming on Hulu again.

Watch Hulu from abroad with VPN