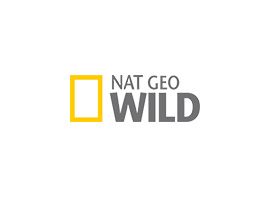 Nat Geo Wild (stylized as Nat Geo WILD or abbreviated as NGW) is a cable/satellite TV channel focused primarily on wildlife and natural history programming. It is a sister network to National Geographic Channel and it is the latest channel to be jointly launched by the National Geographic Society and Fox Cable Networks.

at Geo Wild programming is sourced from various agencies, including UK and European distributors, terrestrial joint productions and National Geographic Television productions. All programs are based on natural wildlife and wildlife history, with a heavy focus on nature´s fiercest predators. Both the UK and Asian versions of the channel include programming focusing on wildlife in their local areas.